Surround sound systems have become popular only recently and this is what makes people think of them as of some new technology. Well, this is far from the truth as surround sound systems came into existence with the introduction of surround sound audio formats back in the 1930s. As you could probably guess, surround sound systems first appeared in the film industry and Disney was responsible for this innovation. At the time, the technology was too expensive for application because it required numerous speakers to create the effect of surround sound in a movie theater, so the creators gave up on it. This question was raised again in the 1950s (again, in the film industry) but its real expansion didn’t start until 1975 when a new sound format Dolby Stereo appeared (you can find a more thorough explanation of this format in the text below). Along with the improvement of Dolby formats, surround sound technology was improved and it became available to the consumers during the 1990s. 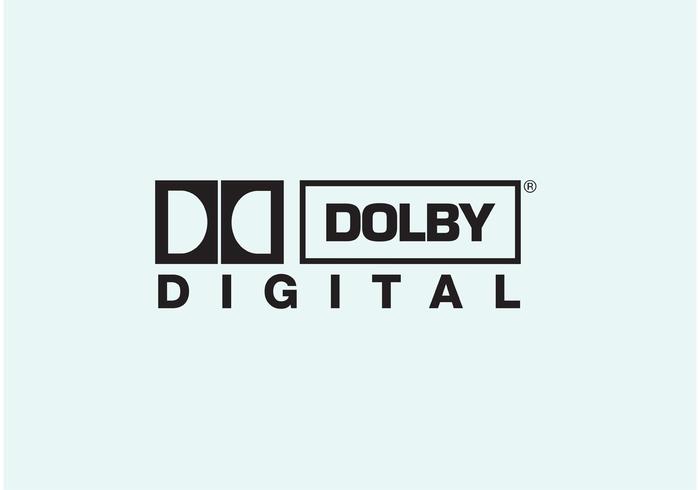 How Does a Surround Sound System Work?

The true effect of surround sound is achieved by using home theater speaker systems that consist of several speakers and one or more subwoofers. These speakers physically surround the listener(s) who sits in a “sweet spot” located in the center of an “equilateral triangle” formed by the speakers. An assembly like this creates a true cinema-like experience, as you can hear every sound perfectly – you can feel the music, hear the dialogues, and experience special effects, etc.

Classification of surround sound systems is commonly made based on their configuration, which divides them into two groups – X.Y and X.Y.Z systems. In this article, we will focus on the more popular group – X.Y systems, 5.1 and 71. systems to be more specific.

The first letter refers to the number of loudspeakers while the second refers to the number of subwoofers. These systems are relatively easy to install and also more affordable than some more complex systems (the ones with in-wall or in-ceiling speakers, and this is probably what makes them so popular among customers. Let’s see the basic characteristics of both of these systems and, hopefully, make your purchase easier.

5.1 systems first appeared in 1976. They were created by Dolby Labs but they weren’t used until 1992 when the film Batman Returns was released. These systems are basic home theater systems and they represent the minimum that has to be achieved in order to have a home theater speaker system and get the true surround sound effect.

The center speaker is supposed to stand at 0° angle from the sweet spot (the listener’s position in the room in regard to the speaker’s position) while all the remaining speakers/loudspeakers are placed in regard to its position. The front left speaker shall be placed at -30° angle and the front right at 30° angle from the listener’s position, while the rear left and right speakers are supposed to stand at -110° and 110° angle. It is also important that the distance between the listener (sweet spot) and each of the speakers is the same. This kind of placement is the key to achieving the best possible effect and the best sound quality. 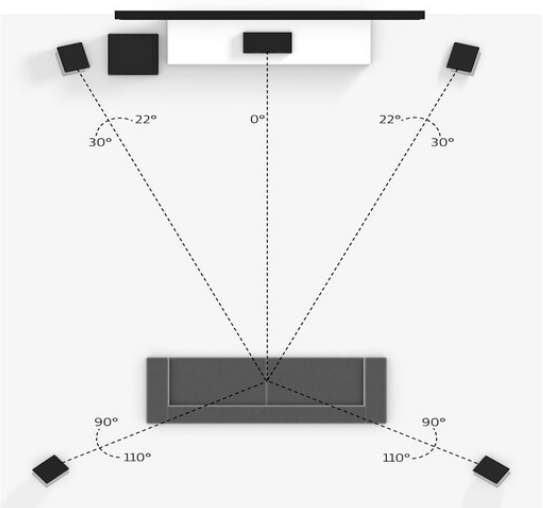 5.1 systems belong to the group of home theater systems and true surround sound speaker systems, which makes them much better than any virtual surround sound system, any soundbar, or any regular stereo speaker system. The moment you install it and hear it for the first time, you will realize how clear, detailed and rich and lifelike the sound is. However, they are only the basic home theater system and they can often be underpowered and weak, especially if the room is bigger than it is supposed to be. Although they occupy a lot of space, they are not as big as 7.1 systems so we recommend buying wired 5.1 systems as it creates less cable clutter than those larger systems. After all, wired speakers always offer better and more powerful sound.

Dolby Digital was created in 1992 and it is extremely popular, mostly because most AV receivers and Blu-ray players support it, even though it is compressed (lossy format). It is practical, it can be transmitted via optical or coaxial cable or via HDMI, and it supports the maximum of 6 channels, which is the reason why it’s perfectly compatible with 5.1 systems.

DTS was invented a year later and it is very similar to Dolby Digital. They support the same number of channels, the same types of connections, and their sound quality is basically the same. However, DTS is less common than Dolby Digital.

5.1 systems aren’t only more suitable for smaller rooms but also for smaller budgets, which makes them more popular among home theater system buyers. Their price range spans from approximately $100 to a few hundred dollars but you can most definitely find a quality system for less than $1000.

7.1 systems are a more advanced version of home theater systems. They were first introduced in 2010 for the purpose of showing Toy Story 3 in movie theaters. They consist of more elements than 5.1 systems and they are more expensive, more complex and a bit more difficult to set up.

These are 8-channel systems – they consist of 8 speakers – one center speaker, two front, two rear, and two additional side speakers (surround right and surround left), and one subwoofer.

Setting up a 7.1 surround system is more complex than setting up a 5.1 version but they are based on the same rules and they are quite similar.

In comparison to the previously described 5.1 systems, we have two additional speakers that will slightly change the overall speaker placement in your room. The center speaker is still supposed to stand directly in front of the listener, at 0° angle from the sweet spot. The subwoofer is still supposed to stay in front of it but it is not important whether it is going to be on the left or the right side of the center speaker. The two front speakers are now placed at 22-30° angle in regard to the listener’s position, while the two rear speakers are now moved to a position located at 135-150° angle in regard to the sweet spot due to the fact that it is necessary to place the two additional side speakers, which should stand between the front and rear speakers on the left and right side of the listener, at 90-110° angle. 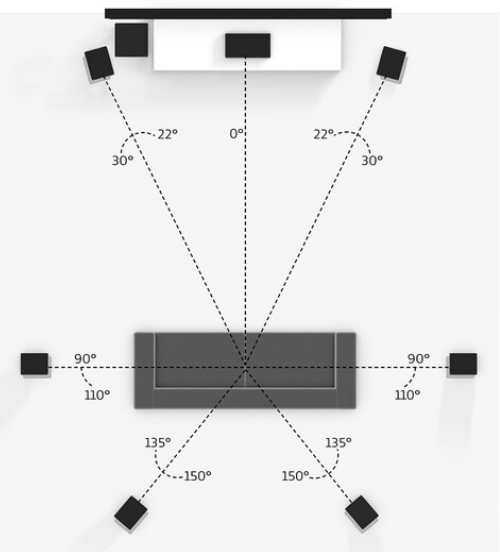 Although not all 7.1 systems come with receivers, they always require one (just like 5.1 systems) so if you tend to buy one of these, you should also consider getting a new receiver that supports 7.1 surround sound. 7.1 systems are more powerful than smaller systems and they require larger rooms.

We probably don’t have to explain why larger systems deliver a better listening experience because it’s quite simple. The sound gets more detailed and powerful offering you even better cinema-like experience than 5.1 systems. With these systems, everything becomes clearer and more immersive.

However, before you purchase them, you should make sure that you have enough space to place 8 speakers because in small rooms they become practically useless because the surround sound channels tend to dominate and overwhelm the front channels. Once you solve this issue and buy the system, you should take care of the placement because the wrong placement can ruin the experience.

7.1 systems are designed to match Dolby TrueHD and DTS-HD Master audio formats. Both of these formats are high-res lossless formats that deliver 8-channel audio and require at least HDMI 1.3 connection. They are supported by most Blu-ray players and they offer even greater cinema-like experience, extremely precise and detailed audio, very close to the original studio recordings.

When it comes to price, it’s perfectly natural and expected that 7.1 systems are more expensive than the previously described 5.1 systems. If you search Amazon, you will definitely find versions under $500 but if you want a high-quality system, you will have to spend more than $1000.

As you can see, both surround sound systems have their advantages and disadvantages. You may even give up and decide to go for something cheaper and smaller such as a soundbar (due to the price difference and required space). However, if you have enough space and money for a true surround sound system, you should go for it. It’s simply so much better. When looking for the right system, you should pay attention to our instructions regarding the placement and room size because we can’t tell you which model is better. Their performance doesn’t depend only on their characteristics and build quality but also on your ability to match the right system with the right space and with the right AV receiver.