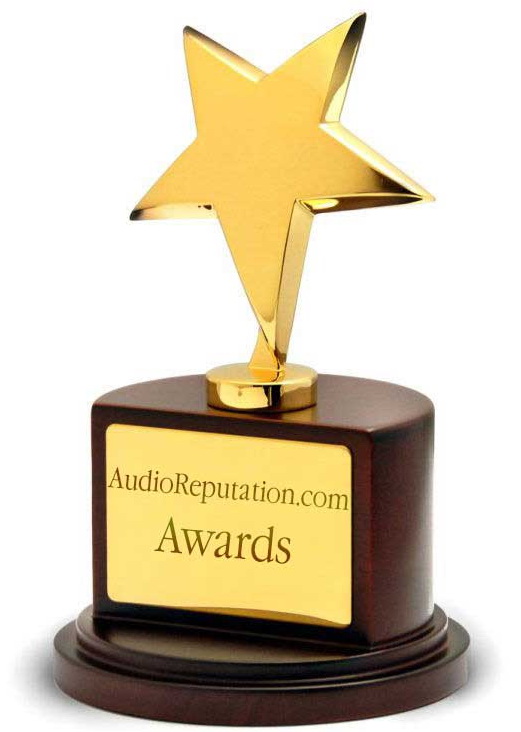 Looking for a flexible multichannel audio interface providing both high efficiency and pristine sound quality? Orion 32+ Generation 3 might be just the thing you need. It’s the latest iteration from the Orion 32+ series and it brings some significant improvements when it comes to converters and dynamic range. In this review, we will discuss all the advantages and disadvantages of this powerful audio interface, check out the features, and test its capabilities. Let’s see if Orion 32+ Generation 3 is worth the price.

Antelope Audio manufactures professional and audiophile audio. They have a lot of experience in manufacturing digital audio equipment. The company is also one of the pioneers when it comes to clocking – they were the first to improve the audio master clocks by implementing atomic clock generators. Antelope Audio is known for making high-end but also affordable audio equipment. The range of Antelope Audio’s products includes audio interfaces, modeling mics, mastering converters, master clocks, and analog processors.

Orion 32+ Generation 3 is a perfect example of Antelope Audio’s philosophy – it’s an extremely capable and versatile audio interface offering amazing performance. It’s perfect for both studio and home use. And it’s also significantly cheaper than any other audio interface with a similar feature set and performance.

Orion 32+ Generation 3 has an amazing number of analog and digital inputs and outputs, which gives you a lot of flexibility in mixing and routing. The interface features four D-SUB inputs and four outputs, each of which supports up to 32 channels. There are also two analog ¼in outputs for monitors.

When it comes to digital inputs/outputs, Orion 32+ Gen3 houses one MADI input and one output (each supports up to 64ch), two ADAT inputs and two outputs (each supports up to 16ch), and one S/PDIF input and one output. For connecting to your PC or Mac, you can either use the Thunderbolt connection or the USB 2.0 Type-B. Thunderbolt connection is recommended since it supports up to 64ch. USB 2.0 Type-B supports only 32 channels but, in some situations, it may be less than that due to the bandwidth limitations some motherboards have regarding the USB 2.0 connection. This, of course, can be easily fixed with a dedicated PCIe USB 2.0 expansion card. Another thing we must not forget is the fourth generation of Acoustically Focused Clocking technology. Thanks to this technology, Orion 32+ Gen 3 supports sample rates of up to 192kHz.

Like all the other Antelope Audio interfaces, Orion 32+ Generation 3 comes with a software that’s compatible with Windows 10 64bit (it may also be compatible with Windows 7 and 8, but it’s not tested for these OS) and with Mac OS 10.1 and later. This software tool gives you access to routing matrix, mixers, and Antelope’s FPGA Effects Platform with more than 35 classic equalizers and compressors for advanced effects processing. The software has its quirks but once you master it, you’ll be very happy with the number of different options this control panel gives you. Some people may not like the fact that many effects are not included in the bundle and that you have to buy them separately but the included EQs and compressors are still more than enough, even for professional users.

Price may also be an issue to some people, but we assure you that you can’t get anything better, more versatile, and more capable at this price point. Orion 32+ Generation 3 is your best choice if you’re looking for an audio interface under $3,000. It’s perfect for professional studio use and for recording at home.

Orion 32+ Generation 3 is a magnificent audio interface with a performance that significantly exceeds the price tag. This device can easily compete with much more expensive audio interfaces. The biggest selling points are extremely low-latency performance (especially over Thunderbolt connection), an amazing number of available channels via analog and digital inputs/outputs, impressive AD/DA capabilities, and a user-friendly control panel with onboard mixers and real-time effects. If you are looking for the best audio interface under $3,000, Orion 32+ Generation 3 is the answer.

Orion 32+ Gen 3 comes nicely packed and protected. The packaging also contains the power cable, USB 2.0 cable (Type-B to Type-A), user manual, and a warranty card. For some reason, Thunderbolt cable (which is the preferred connection type) is not included and you have to buy it separately.

Antelope Audio Orion 32+ Generation 3 is a compact and slim device (1U unit size). The housing is made of metal and it’s rock-solid.

On the rear panel, you have 32 channels of analog I/O over D-SUB 25, 16 channels of I/O over optical, MADI I/O (with up to 64ch), Thunderbolt and USB Type-B connectors (for connecting your Mac or PC), ¼in monitor outputs, S/PDIF IN and OUT, Word Clock IN and OUT, 10M IN, and Word Clock IN.

As discussed in the introduction, Orion 32+ Gen 3 is packed with all kinds of inputs. It supports 64 channels over Thunderbolt or up to 32 channels over USB Type-B 2.0. Thanks to 4 D-SUB 25 input and four output ports, this audio interface can handle 32 analog input audio channels and 32 output channels. Along with analog inputs/outputs, you have multiple digital inputs/outputs including MADI connectors (one input, one output), ADAT connectors (2 inputs, 2 outputs), and S/PDIF connectors (one input, one output). Each channel supports 24bit/192kHz sample rates.

The unit features mastering-grade AD/DA converters, responsible for an improved dynamic range (up to 129dB for D/A monitor converter). The unit also enables monitoring with minimal latency and it features the fourth generation of Acoustically Focused Clocking, which provides you with perfectly naturally-sounding music and flawless clocking accuracy.

The unit comes with a recognizable Antelope Audio desktop app (control panel) for routing, mixing, and processing effects. This interface is available for both Mac and Windows OS. It consists of three main tabs – routing matrix, mixer, and effects (AFX).

The first screen you’re going to see is a color-coded virtual patch bay (routing matrix). All the inputs are in the top half of the screen and all the outputs are in the bottom half. There’re separate PLAY and REC paths for USB and for Thunderbolt. Also, there’s a separate path for each physical analog and digital input/output. You can connect inputs to outputs or multiple inputs to different outputs by clicking and dropping the inputs (or blocks of inputs) to the appropriate outputs. It’s pretty intuitive and hassle-free. 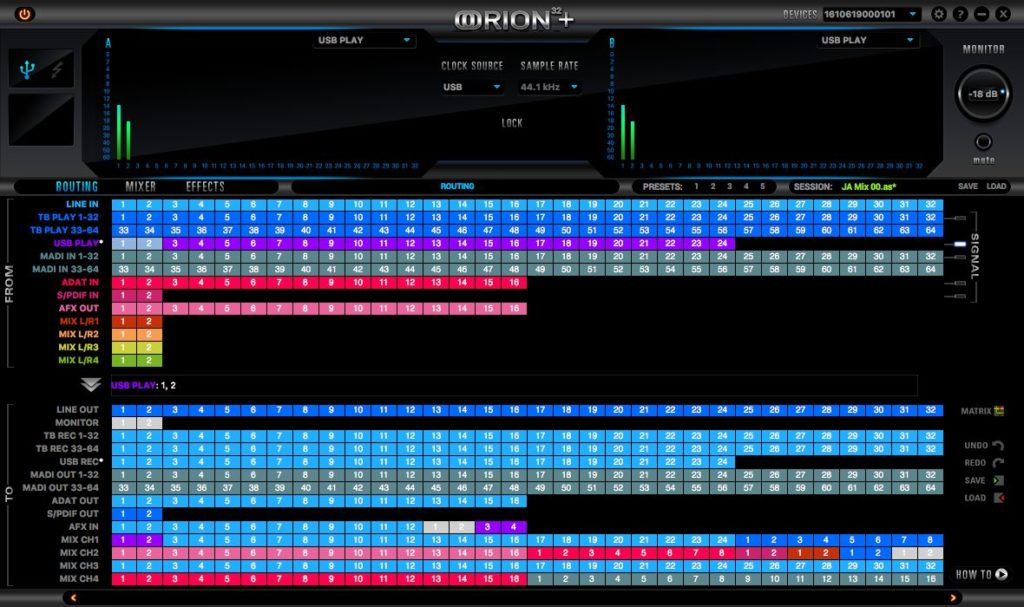 The second tab is reserved for mixing. There are four channels for the mixers and the first one allows you to apply the global reverb. 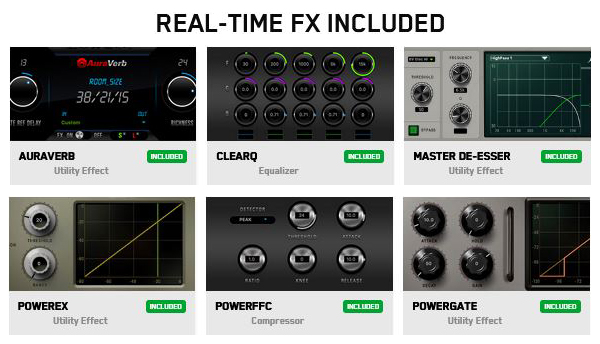 There’s a bunch of other AFX plugins in the Antelope’s Audio AFX library but you have to pay for them. The price varies from $55 to $95. In the AFX Library, you will also find the Antelope’s AFX2DAW (priced at $195). This plugin will allow you to use all the Antelope FX in your DAW.

The effect processing runs on hardware within the unit and doesn’t require the of use your computer’s CPU, which gives you more freedom and unloads the burden from your PC.

The AFX plugins are present on 16 channels, while the AuraVerb plugin has a dedicated place in the first mixer channel.

Orion 32+ Generation 3 is not exactly plug-and-play device but the setup process is pretty quick if you know what you’re doing. Even if you’re new to the Antelope Audio equipment, or to audio interfaces in general, you should be able to set everything up in less than 20mins.

First, you have to download the driver and the software launcher from the Antelope’s download page and install them (first, the driver, and then the Launcher). During the process, you will have to disconnect the unit or restart your computer (after the driver installation), and to activate your Antelope account and the product. After you activate the product, the control panel will appear and, after you install the updates, the control panel will be ready to use. Just remember to make changes in your DAW (select the Orion 32+ Gen 3 as your input and output in the DAW’s audio settings). If you’re using the Thunderbolt connection, you should also change the default routing on the monitor outs (from USB PLAY OUT 1 and 2 to Thunderbolt TB PLAY OUT 1 and 2). After this procedure, you can start using all of the unit’s routing and converting capabilities.

One annoying thing about the control panel is that it asks you to install the updates quite often. The updates are not mandatory but those popup dialog windows are still distracting.

As discussed previously, routing and mixing through the control panel is quite easy and intuitive. The color-coded routing scheme allows you to quickly find the right input/output,

One thing to be aware of is that the number of channels (REC and PLAY points) when using the USB 2.0 connection is not 64. The max number of channels for the USB connection is 32 and with some PC builds less than 32, due to the USB 2.0 bandwidth limitations in some chipsets. OS X builds rarely suffer from this. The default number of USB channels is 32. In some cases, you will be prompted to use 24, but that won’t be the case on all computers.

The control panel offers a lot of flexibility when it comes to routing, mixing, and playing with the effects. You can basically route any input to any output, make multiple monitor mixes, etc.

The latency during the AD/DA conversion and monitoring is extremely low and it’s impossible to notice. In some cases (when using Thunderbolt connection) it’s lower than a millisecond.

The audio output of the Orion 32+ Generation 3 is impressive. Every recording captured with this unit sounds very professional, practically impeccable.

Like all the Antelope’s audio gear, Orion 32+ Generation 3 offers high-end performance, impeccable audio quality, and an amazing feature set at an affordable price. It has an enormous number of connections (both analog and digital), it can process up to 64 channels simultaneously (over Thunderbolt), it allows flexible routing through its desktop app, it features world-class AD/DA converters, it enables extremely low-latency monitoring, and it allows you to use mixers and a wide range of real-time effects. If your budget limit is set at $3,000, there’s no better option than Orion 32+ Generation 3.