Whenever looking for waterproof or water-resistant equipment, whether it’s audio equipment (headphones, speakers) or any kind of electrical/electronic equipment, the most important thing to look for and the thing that can actually tell you the level of water resistance is the IPX rating. In our previous articles, we dealt with IPX ratings in general as well as IPX4 (splash-proof) and IPX7 (waterproof). Today we’re going to discuss the meaning and importance of an IPX8 waterproof rating.

IP stands for Ingress Protection (also referred to as International Protection). It is an internationally standardized rating that describes the level of protection against the ingress of solid particles, dust, and water. An IP rating has a general form that you can see in the picture below.

As defined by the International Electrotechnical Commission (IEC), IP abbreviation is usually followed by two digits or by an X and a digit. In some cases, when a device is tested under special conditions or against the ingress of fluids other than water, there’s also the third letter.

The second letter or a number describes the protection against water ingress (or water resistance). Unless explicitly stated otherwise, the certification is done with fresh water. If the second symbol after the IP is X, it means that a device was not tested for water ingress (IP6X, for example). If it’s a number, the device is tested, and based on the number, you will know how waterproof or water-resistant that device is. Digits from 0-8 are used to describe the water resistance. 0 means that a device is not resistant to water ingress at all (IPX0). Numbers 7 and 8 (IPX7/IPX8) mean that a device is fully waterproof. However, there are some differences between these two ratings and we will discuss them in detail in the next section. In some cases, you will see the 9K symbol after the number or letter describing dust resistance (e.g. IPX9K). 9K doesn’t mean that a device is super-waterproof or anything like that. It means that a device can withstand jets of high-temperature and high-pressure water.

You will hardly see the third symbol in the IP rating. Consumer electronics are practically never tested under those special conditions. These additional symbols are used for industrial equipment that’s supposed to withstand some extreme conditions (like high voltage, different weather conditions, oil resistance, etc.).

What is The Meaning of Different IPX Ratings?

As mentioned in the previous section, digits 0-8 (or a symbol 9K) describe the level of protection against water ingress. For each of these ratings, there’s a test (or a certification procedure), defined by the IEC. If a device passes the test, it gets an IPX rating. For the purposes of this review, we will only talk about water ingress protection and assume that a device is not tested for dust ingress (we won’t discuss ratings like IP65 or IP68, only IPX ratings).

IPX0 means that a device can’t survive even the smallest amounts of water and that it doesn’t pass the test for IPX1.

An IPX1 rating means that a device will function normally after the water dripping test. The test lasts for 10mins, the dripping speed matches 1mm/min rainfall, and the water drops are falling vertically.

IPX2 means that a device will function normally after a bit more serious water dripping test. The drops of water are falling on a tilted device (15°), the amount of water matches a bit more severe rainfall (3mm/min), and the test is performed four times.

An IPX3 rating means that a device will keep working after being sprayed by a nozzle with a counterbalanced shield. The nozzle, test duration (5min), water pressure, the amount of water (50l), and the angles at which the water is sprayed (up to 60° from a vertical axis) are all defined by the IEC standards (IEC 60529).

Devices with an IPX4 rating are often considered splash-proof. Like in the case of IPX1 and IPX2, the tests for IPX3 and IXP4 are very similar. Even the same nozzle is used but without the counterbalanced shield. The difference is also in the angles – an IPX4 device should be resistant to water splashing at any given angle.

Note: For the purposes of IPX3 and IPX4 certification, a licensed lab can also use an oscillating tube instead of a nozzle. 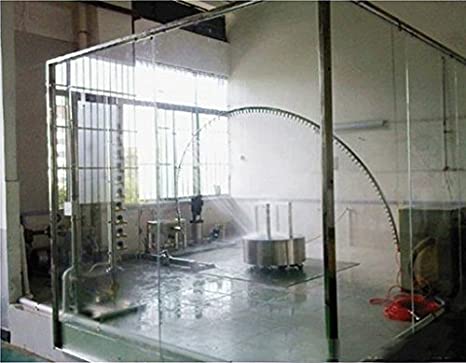 Ratings IPX5 and IPX6 are also closely related and they both refer to resistance to water jets. The difference is only in the power of the water jets. The test is done with a nozzle (IEC defines the nozzle dimensions) and the water is projected from a 3m/9.8ft distance. In both cases, the test lasts 1min. The only difference is in the water pressure – it’s 30kPa (4.4psi) for IPX5 or 100kPa (15psi) for IPX6.

We have finally come to the main topic of our article – the IPX8 waterproof rating. Like in the cases of IPX1 and IPX2, IPX3 and IPX4, and IPX5 and IPX6, IPX7 and IPX8 ratings are closely related. Devices with either of these ratings are considered waterproof. Additionally, the same equipment is used for the testing but the test durations and the depth of water are different (testing conditions are defined by the IEC 60529 standard). 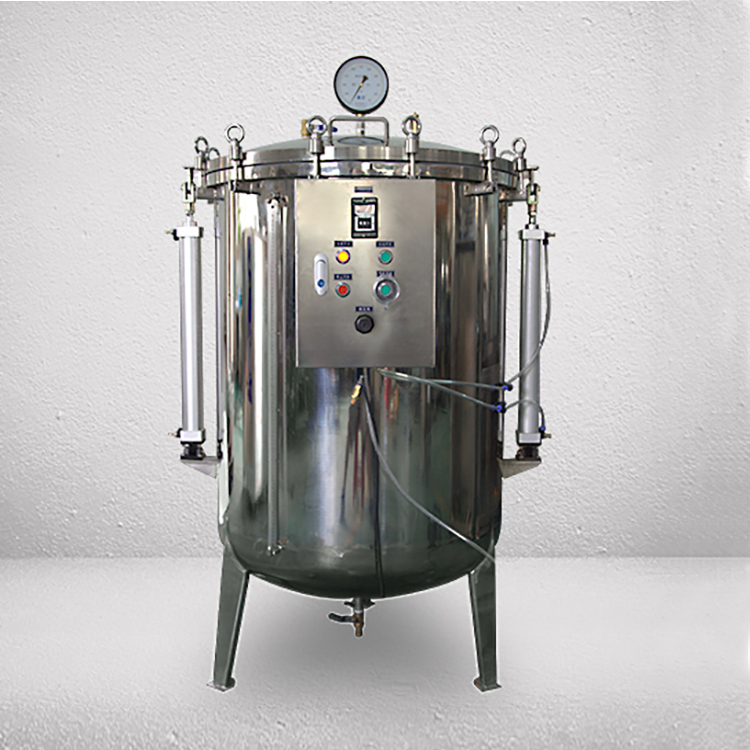 According to the IEC, an IPX7 rating means that a device will keep working normally after being submerged in water of up to 1m depth for a half an hour.

As far as the IPX8 waterproof rating is concerned, the testing conditions and duration are not strictly specified and are defined by the manufacturer (or in cooperation with a certified lab that performs the test). The conditions have to be more severe than in the case of the IPX7 rating. The depth of water is usually 3 meters (or 9.8ft) and the test has to last longer than 30mins. Devices with an IPX8 waterproof rating are usually hermetically sealed. However, certain types of devices will be rated as IPX8 waterproof even if some amount of water enters the enclosure, but only if the water doesn’t affect the functionality of those devices.

Why Are IPX Ratings So Important?

From the manufacturer’s point of view, an IPX rating (especially those waterproof ratings like IPX7 and IPX8) is considered a very important marketing point. They like to advertise the waterproofness of their devices, which is perfectly understandable – it’s an important competitive advantage over the other manufacturers.

From the consumer’s point of view, things are even clearer. Some devices, smartphones especially, have become integral parts of our lives and we don’t want them to get damaged. Some people are practically glued to their phones and have all kinds of important personal data saved on it. Losing such an important device can be devastating. And that’s why we are buying devices that are more resistant to different conditions, devices that are weather-resistant, sweat-resistant, splash-proof, or waterproof.

At this point, we would like to make a small digression and discuss different terms used by the manufacturers to describe the water-resistance and waterproofness of their products, especially waterproof headphones/earbuds and waterproof speakers. All the odd words used to describe the level of protection against water ingress mean nothing if there’s no IPX rating to support the manufacturer’s claims. So, if a manufacturer claims that its earbuds/headphones are ‘sweat-resistant’ or that its Bluetooth speaker is ‘weather-proof’, and you can’t find any IPX rating, you can assume that their devices are not tested and there’s nothing to confirm those claims. Also, if the IPX rating is written with a hyphen or with a space between the number and the IPX, don’t trust those ratings. The only correct way to write an IPX rating is like this – IPX8. If you see something like IPX 8 or IPX-8, you can assume that a device is not waterproof.

To conclude this article about the IPX8 waterproof rating, we can only advise you to choose your waterproof audio equipment carefully and always pay attention to the IPX ratings. Don’t trust the marketing gimmicks and look for the IPX rating in the specs. And always have in mind what kind of conditions a device with a certain IPX rating can survive.

Q: What does an IPX8 waterproof mean?

A: If a device has an IPX8 waterproof rating, it means that it can withstand continuous immersion in water. The testing conditions for the IPX8 are defined by the manufacturer, but the testing is always performed under more severe conditions than the testing for the IPX7 rating. This means that an IPX8 waterproof device can be submerged in water deeper than 1m (usually up to 3m/9.8ft) for more than 30mins and can still work properly.

Q: Can you shower with an IPX8 speaker?

A: Devices with IPX7 and IPX8 ratings are considered waterproof. The thing to be aware of is that the term ‘waterproof’ is very strictly defined by the IEC and it doesn’t mean that a device can be used underwater. An IPX7 waterproof device will keep working properly after being submerged in 1m deep water for 30mins or less, while an IPX8 device can survive greater depths for longer periods of time (both – depth and time are defined by the manufacturer).

Q: What is the best IPX rating?

Q: Is IPX8 safe for swimming?

A: Your IPX8 phone or headphones will probably be fine if used while swimming. However, the fact that a device is IPX8-certified doesn’t necessarily imply that it can withstand water splashes or water jets. Ideally, you will have a device that is both IPX8 and IPX6 certified. But again, an IPX8 device will most probably survive swimming

A: A device with an IP69K rating is dustproof/dust-tight, and it can also withstand high-pressure and high-temperature water jets.

A: IP ratings that correspond best with heavy rain are IPX5 and IPX6.

A: An IP68 rating implies that a device is fully dustproof and waterproof (submersible in water deeper than 1m for longer than 30mins).