Volume-limiting headphones for children were not a big deal back in the 90s. We all used to listen to our Walkmans and portable CD players at high volumes and we didn’t care. We were stupid and irresponsible, and our parents had no way to control our music listening habits all the time. Some of my friends experienced the first signs of noise-induced hearing loss at the age of 15. Luckily, today, there’s an easy way to prevent this from happening to your child. There’re all kinds of volume-limiting headphones for kids and you just have to choose the right ones. Which brings us to Puro Sound Labs.

Puro Sound Labs is one of the most reputable manufacturers of kids’ headphones, volume-limiting headphones and hearing-protection earmuffs on the market. It’s a very young company but it’s already known for making high-quality kids’ headphones.

As mentioned, the market is flooded with kids’ headphones but most of them are cheap-looking, plasticky headphones offering a very modest feature set and poor performance. They all look like cheap toys.

When it comes to downsides, the only thing we can think of is the price. They are significantly pricier than other kids’ headphones but it’s not like they are overpriced. PuroQuiet headphones simply offer much more than any other pair of kids’ headphones and the price is completely justified. Another minor downside is the use of micro USB charging cable instead of USB-C, but that will hardly be a deal-breaker.

If you are looking for great volume-limiting wireless headphones for your child, Puro Sound Labs PuroQuiet Bluetooth headphones are a perfect choice. The price is maybe a little bit higher than you would expect but they are completely worth it. Your kids will love them.

Inside a small and simple box, you will find your Puro Sound Labs PuroQuiet headphones, micro USB charging cable, AUX cable, a hard-shell carrying case, manual, and a warranty card. The warranty period is one year.

The design is pretty much generic but still likable. The headband is made of aluminum and entirely wrapped in leatherette. The cups are squarish and made of plastic. The paddings are thick and plushy. Most of the controls are located on the left cup.

For a pair of kids’ wireless headphones, PuroQuiet have an impressive set of features. The most notable features are active noise canceling, volume limiting, and very good battery life. However, these are not the only good things about PuroQuiet headphones.

The most notable features

First of all, we have to notice that the headphones are much more rugged and more durable than rivals. Most kids’ headphones look like toys. They are too plasticky, they crackle and don’t look like they can survive long-term use.

Also, the manufacturer made them super-comfy. The paddings are plushy and soft. The whole headband is padded and then wrapped in fake leather.

The controls are fairly easy to use. The buttons are quite large and responsive. On the left cup, there are two volume buttons, power switch, and Bluetooth/playback/call button. On the right cup, there’s only one button and it’s used to turn on/off the ANC.

The left cup also houses the charging port and LED Bluetooth indicators and the right one houses the AUX input.

The battery life is very good. They are much better than other kids’ Bluetooth headphones. The capacity is rated at 290mAh. You will get up to 16h with the ANC or up to 22h without the ANC. If you crank up the volume to the max, you will get less than 12h. The recharge takes up to 3h. When you run out of battery, you can connect the included cable and keep using them in passive/wired mode.

Puro Sound Labs followed the suggestions given by the Hearing Health Foundation and the World Health Organization and limited the max volume to 85dB. The volume is limited in both modes – wired and wireless. The max allowed exposure time at this volume level is 8h. So, you should be aware that not even 85dB is perfectly safe for your child and that there’s a time limit when it comes to exposure. However, there’s one additional feature (or rather two) that might prevent your kid from cranking up the volume.

The volume is limited at 85dB in both modes

PuroQuiet kids Bluetooth headphones have very good passive noise isolation and, on top of that, they also feature active noise canceling (ANC). According to the specs, these two things combined should isolate up to 82% of all the ambient noise. That kind of noise attenuation will allow your kid to hear everything clearly, even at lower volumes.

Testing these headphones was a little bit tricky since none of our team members have a small head. Luckily, some of us have kids and, for the purposes of this review, we employed them temporarily and asked them to tell us their impressions. So, you can’t really expect some professional observations but you can expect pure honesty.

None of our kids complained about comfort or tightness. They all loved the headphone style and those bright colors.

Testing the sound quality was even trickier than testing the ANC. I mean, you can’t expect a child to give you some flashy description. However, the kids loved the bass and none of them found it too boomy or overwhelming. The vocals were clear and intelligible and the lead instruments sounded nice. The kids had some issues with high-pitched sounds. Apparently, the treble is not perfectly balanced and there’s some excessive brightness when treble-heavy tracks are played. It’s not painful but it can be distracting.

We have no complaints regarding battery performance. It’s pretty much on par with the advertised playtimes.

Also, the kids had no issues with the volume limit – none of them found the headphones too quiet.

As said, the market is flooded with all kinds of kids’ headphones but most of them are cheaply made and not as premium as PuroQuiet. We have picked out three models but, in our opinion, none of them are as capable as PuroQuiet Bluetooth headphones. 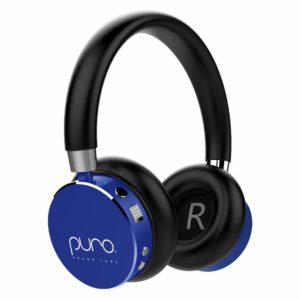 Puro Sound Labs BT2200 is the predecessors of PuroQuiet headphones. There are many similarities between the two models (the same build quality, control scheme, similar sound quality, volume limit). 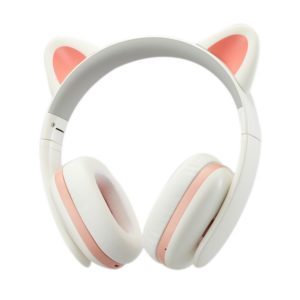 Censi headphones are wireless cat ear headphones for kids. They are slightly cheaper than the PuroQuiet (priced around $85).

Both headphone models can be used in two modes – wired and wireless (Bluetooth).

Censi headphones don’t have ANC and don’t isolate as much noise as PuroQuiet headphones.

In the end, PuroQuiet headphones deliver a more balanced and clearer sound. Censi headphones are a little bit bassy and don’t have volume limitation. 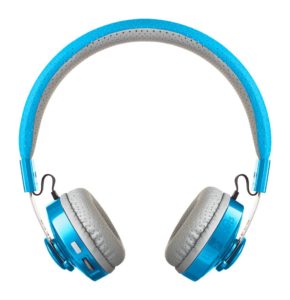 LilGadgets Untangled PRO headphones are one of the most popular models on the market. They are significantly cheaper than the PuroQuiet headphones ($50 price difference).

LilGadgets Untangled PRO headphones look like a kids’ version of Sennheiser Momentum. The build quality is decent and they don’t feel flimsy or too fragile. The comfort is pretty good – the manufacturer used SoftTouch breathable mesh cloth for the paddings. The controls are fairly easy to use.

Untangled PRO headphones support wired daisy-chaining thanks to the feature called SharePort. They can be used in wired or wireless mode.

Where is Puro Sound Labs located?

The Puro Sound Labs headquarters are located in San Diego, California. You can purchase their products in the United States, the United Kingdom, Canada, Italy, France, Spain, the Netherlands, Germany, Australia, New Zealand, Singapore, Norway, and several other countries.

How do you pair Puro Sound Lab headphones?

Before writing this article, we didn’t know much about the Puro Sound Labs but this manufacturer really surprised us. The majority of currently available kids’ headphones are just crappy plastic toys, but Puro headphones aren’t like that.

PuroQuiet is their most advanced headphone model and it’s arguably the best headphone model for kids on the market. They are pricier than the competition but they are worth the extra money.